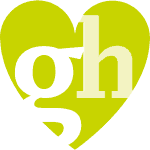 Around 10 million domestic pigs are slaughtered in the UK each year. Of these, most have been raised in intensive farming systems, living in large factories which are often densely packed.

A pig farm is classed as intensive when it holds 2,000 pigs or more, and these farms are becoming increasingly prevalent in the UK. This way of farming raises serious concerns about animal welfare, and intensive pig farms are often under scrutiny by animal rights groups.

‘Fattening’ pigs are those being raised for meat, and in intensive systems they are often kept in very crowded conditions, with no bedding and no access to the outdoors. This means pigs cannot carry out their important natural behaviours such as rooting and wallowing. Unstimulated pigs become quickly bored and frustrated, often leading to fighting, injury, and even death. The intelligence of pigs means that being kept in intensive farm conditions leads to a great deal of stress, and the animals can show signs of depression similar to those humans display.

Their sensitivity means pigs arguably suffer the most when travelling, and become extremely stressed on journeys to slaughterhouses. Since they have no functioning sweat glands, pigs are unable to cool themselves down without wallowing in mud. This means they can suffer badly from heat stress and exhaustion when in transit, and many pigs die each year before even reaching the slaughterhouse. 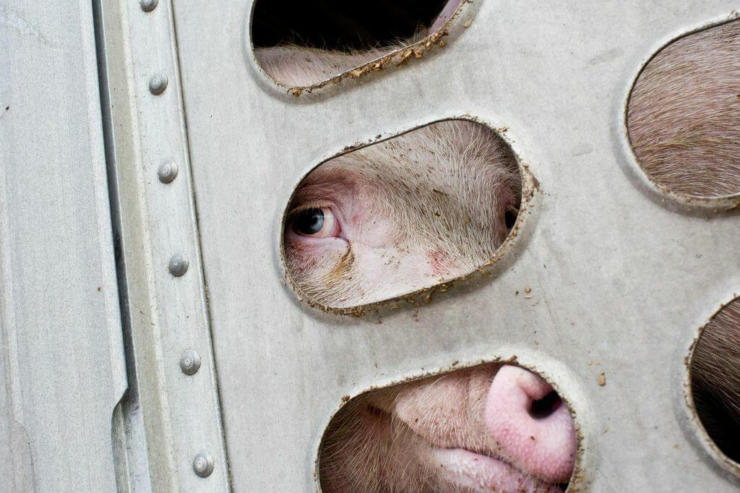 A pig on its way to slaughter (Photo credit: PETA)

In many places around the world, it is common for breeding sows to be kept in narrow stalls for the 16-week duration of their pregnancy. In these stalls sows are unable to turn around, and have difficulty standing up or lying down. Food is often restricted for pregnant sows, further adding to the distress caused by having movement so restricted.

In the UK, these sow stalls are illegal, but sows are still kept in ‘farrowing crates’ for a number of weeks. These crates are very similar to sow stalls, but leave space at the side of the sow for suckling piglets. Crates deprive sows of all natural behaviour opportunities, including nesting, being able to interact with their piglets and tending to them when something may be wrong. This causes boredom and stress which manifests in behaviour like biting and pushing at bars. 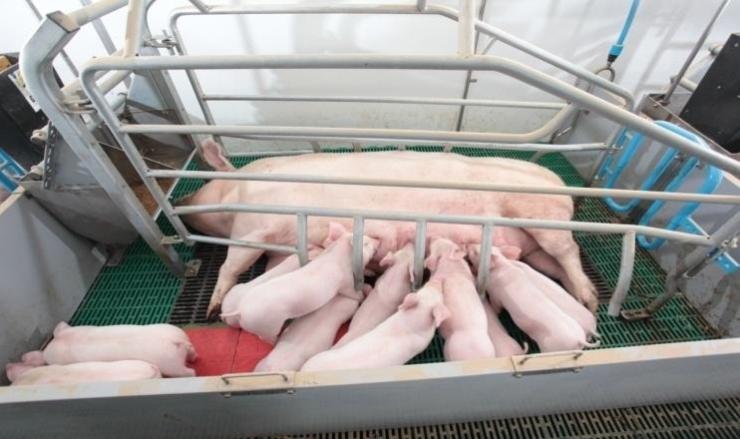 Sows and their piglets stay in farrowing crates until piglets are weaned at around 3-4 weeks old, despite the fact that piglets naturally continue to suckle for around 3 months. Piglets are then moved to concrete sheds, usually without bedding or any stimulation for their inquisitive minds. Within the first week of life, piglets have their teeth clipped and tails docked without anaesthetic. Male piglets are castrated, again usually without anaesthetic, to reduce aggression and prevent ‘boar taint’- an undesirable taste in meat caused by male hormones. After castration, piglets are prone to infection, raising health as well as welfare concerns.

Within a couple of weeks of weaning, sows are again artificially inseminated and begin their next pregnancy. Sows usually give birth to 2 litters of around 10 piglets every year, and continue in this cycle for between 3 and 4 years before they are slaughtered and replaced.

Some farms carry out higher-welfare farming practices, where pigs have some or full access to the outdoors, and are able to express some of their natural behaviours. These pigs may have pig arks and bedding in which to nest, dirt to root in and more space than their intensively-farmed counterparts. Many of these farms also use kinder alternatives to the tail docking and castration methods used in factory farming, and are increasingly encouraged to use anaesthetic when carrying out these procedures. Even on these farms, however, there are concerns about the wellbeing of pigs owing to the way they are managed. In some outdoor farms, for example, pigs may have access to soil but also have rings put through their noses to cause discomfort when rooting and ultimately make them stop. 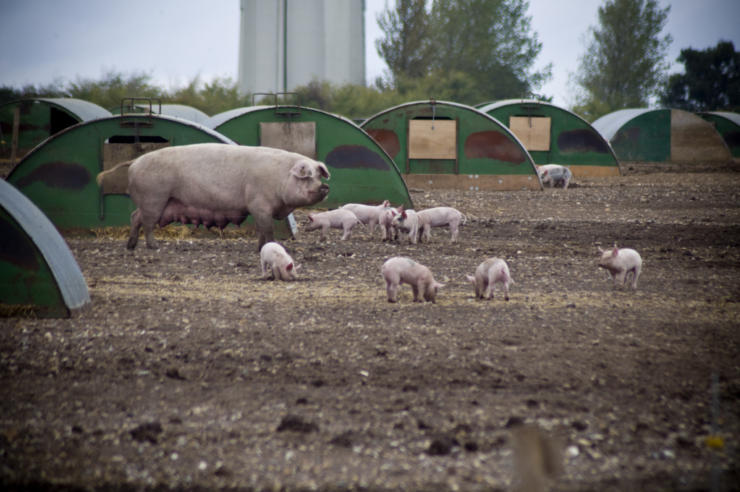 Even on higher welfare farms, there are concerns about the wellbeing of pigs

The Red Tractor Assurance Scheme is the largest food certification scheme in the UK, and has over 46,000 member farms. Their label on pork means the meat is British and meets legal minimum requirements, but contrary to popular belief Red Tractor certified meat often has no higher welfare standards than any other pork produced legally. Consumers looking to make more ethical purchases can often be drawn to this and similar labels in the belief they are making a more humane choice, but recently Red Tractor has received a great deal of scrutiny after animal rights groups gained access to a number of accredited farms. 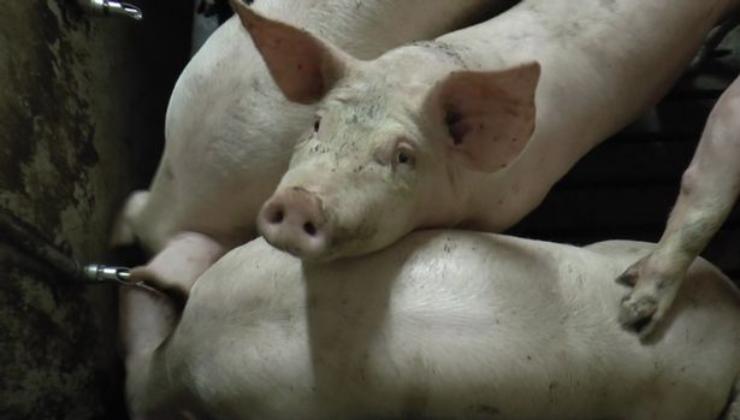 Scenes from inside Hogwood Farm (Credit: The Daily Mirror)

The farm which drew the most concern was Hogwood Farm, in Warwickshire, which is a supplier to Tesco. Activists gained footage of poor living conditions and extreme cruelty. The use of the banned electric prod was documented, which breaches legal requirements and Red Tractor standards, and pigs were physically abused in more than one instance. In one particularly disturbing incident, piglets were seen cannibalising each other, most likely through stress, frustration and hunger. Many of the animals at the farm were said to be suffering extreme distress, and the farm claims it is reviewing practices.

At a second Red Tractor farm, undercover filming shows piles of dead piglets left to decay near the living quarters of pigs, posing a serious threat to animal (and potentially human) health. Live piglets were found stacked in packed ‘battery cages’ and some had even fallen out of these high cages on to the floor, where they had been left injured.

Only 1 in 1,000 inspections by Red Tractor are unplanned, and the scheme has stated that unannounced inspections will be increased in light of these expositions.