Goodheart Animal Sanctuaries is proud to work with a selection of esteemed figures to spread our message of kindness and work towards a better future for all animals. 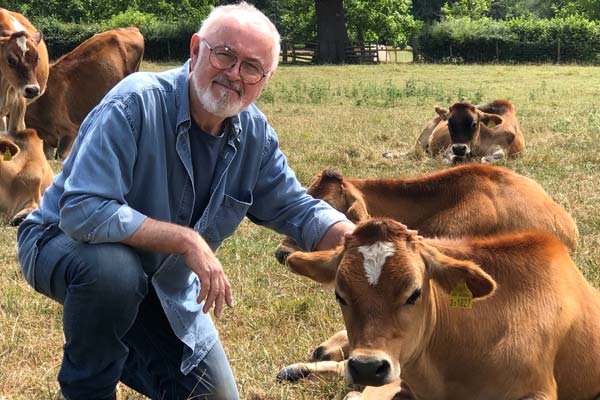 Peter with Jerry the Jersey cow.

Peter is a television and film actor who is arguably best known for his work in the 1980s sitcom Ever Decreasing Circles and the 2010s period drama Downton Abbey. His most recent TV appearances include Unforgotten, and After Life, alongside Ricky Gervais.

Outside of the acting world, Peter is an avid advocate of animal rights. He acts as an ambassador for Sarajevo dog rescue group Saving Suffering Strays, as well as the Animals Asia Foundation. Peter is a vegan and refused to be shown with meat on his plate during the filming for Downton Abbey.

We are thrilled that actor and life-long advocate for animals, Dan Richardson, is a patron for Goodheart Animal Sanctuaries.

Dan has starred in many independent feature films including Retribution, Pretty Outrageous and Kill Kane alongside Vinnie Jones. He was also a regular in Disney’s hit TV series, The Lodge.

A long-time advocate for animal welfare and conservation, as Dan’s profile as an actor grew, so too did the platform from which he speaks out on behalf of animal causes around the world. 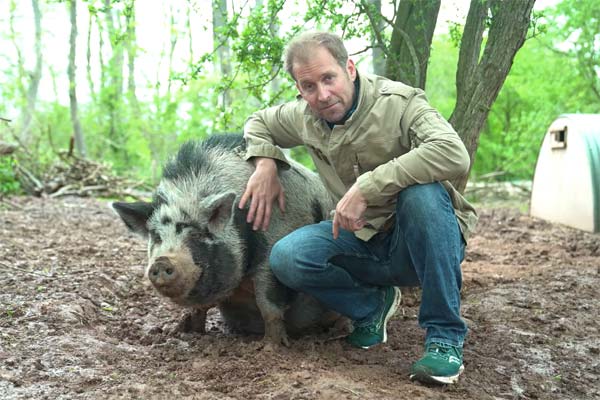 Dan and Pickle the pig.

“Goodheart stands for something so very important – the protection of animals frequently overlooked or completely forgotten in terms of welfare and conservation. They provide a peaceful, safe haven, a beautiful forever home and a second chance at life for so many deserving animals. I couldn’t be more grateful to them, or more proud to stand with them and support their wonderful efforts to make the world a kinder, more gentle place for hundreds of innocent souls. I’m honoured to be a patron for this exemplary organisation.” 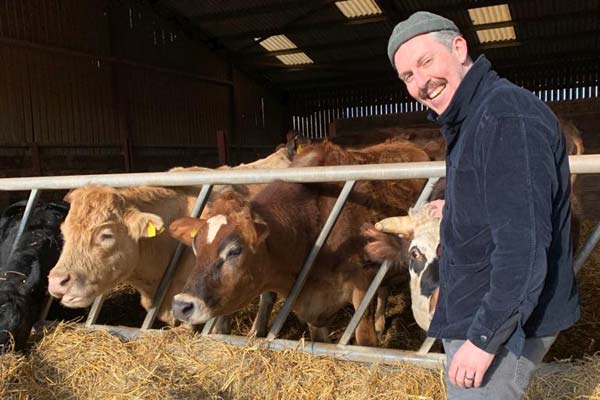 Carl meeting the cattle herd including Rufus, Jerry, and Blondie.

Award-winning comedian Carl Donnelly has had great success in the UK as well as overseas including two nominations at the hugely prestigious Edinburgh Comedy and television appearances including Mock the Week, Russell Howard’s Good News and Alan Davies: As Yet Untitled. He is also co-host of the podcast Two Vegan Idiots, releasing new episodes every week.

Carl helped to make our 2022 Fundraising Gala (the first post-pandemic) a truly memorable one by performing a side-splitting stand-up comedy set to great acclaim. We are proud to welcome him as a Goodheart Animal Sanctuaries ambassador.

“I was lucky enough to be given a tour of the sanctuary before performing at this year’s Goodheart yearly fundraiser and was blown away by just how beautiful and tranquil it is. It’s such a heartening experience to visit somewhere that has such a love and respect for animals. I am extremely honored to have been asked to become an ambassador for Goodheart and look forward helping others find out about their amazing work.”