Live Animal Exports | Why You Should Care | Goodheart Animal Sanctuaries

Why you should care about live animal exports

The topic of live animal exports has featured in the news a lot lately. We take a closer look at this story and what it means for the animal’s themselves.

An estimated 6,400 animals were sent to Europe from the UK for slaughter in 2018 according to the Department for Environmental, Food and Rural Affairs (known as Defra). Every year, worldwide, millions of farmed animals are made to endure journeys of hundreds or even thousands of miles only to be slaughtered at the end of it. Often, conditions along the way are entirely inappropriate for the animal’s needs which clearly has a drastic effect on the welfare of the individuals being transported.

Live animals including sheep, cattle, pigs, goats, horses and poultry are routinely transported around the world by road, rail, sea and air. As we know, many of these animals will be as young as just a few weeks or months old when they are sent off for fattening or slaughter.

Why are exports so harmful to animals?

There have been numerous investigations into the problems associated with live animal transportation. Many journeys have been classed as “excessively long” by Defra, which almost certainly increases the risk of stress and physical injury to the individuals being transported.

The investigative video below, undertaken by Compassion in World Farming and narrated by Peter Egan, shows a clear example of a typical journey that a male dairy calf from the UK may be subjected to under current EU legislation.

An animal’s welfare may be compromised if its physical or mental wellbeing is affected; this may be the animal’s physical needs such as food, water or shelter, or could be the opportunity for mental and social stimulation. Many animals will become stressed or unwell if they are not able to carry out their natural behaviours, such as a pig’s instinct to use their snouts for rooting, or a chicken’s instinct to dustbathe. When enduring long journeys, many individual animals are cramped into unstimulating and inappropriate conditions for prolonged periods of time with no ability to carry out any of these important natural behaviours.

Key animal welfare issues include but are not limited to:

The change in legislation

Current EU trading rules allow for live animals to be sent abroad for slaughter however England and Wales appear to be the first countries which are preparing to end the practice of live animal exports after the post-Brexit transition period comes to an end on 31st December 2020. The move has been a long time coming, with animal welfare activists campaigning for an end to this “archaic trade” for over 50 years.

However, live exports look set to continue in Northern Ireland which will “continue to follow EU legislation on animal welfare in transport for as long as the Northern Ireland protocol is in place” according to Defra. Sadly, poultry exports also appear set to continue across the UK – with an estimated tens of millions of chicks exported each year from the UK for breeding and rearing purposes.

As well as an outright ban on live animal exports from England and Wales, Defra are also proposing tougher restrictions on when and where animals may be transported across the United Kingdom. The new regulations propose a ban on livestock journeys above 65Km on days where external temperatures are forecast to be below 5°C or above 30°C. For poultry, the proposed regulations go one step further with an operating temperature range of 5-25°C. Under these new regulations animals will now be protected from extreme weather conditions and excessively long journeys – which is great news for all of us animal lovers. However, the unfortunate fact remains that they may still be legally transported in air-conditioned or heated vehicles meaning that animals will still be subject to overcrowded and stressful journeys on their way to slaughter whatever the time of year.

As well as new requirements for temperature, Defra have also proposed an increase in headroom for animals in transit and a cut in livestock transportation journey time. The new proposed maximum journey times would be 9 hours for calves, 18 hours for pigs, and 21 hours for cattle and sheep. Again, this is a big win for animal activists as it means that these animals will be offered greater respite and fewer hours spent in unsuitable conditions.

However, the National Farming Union (NFU) appears unhappy with the proposed ban, with the union’s livestock board chairman, Richard Findlay stating that “significant regulatory changes could potentially have a massive impact on the UK food supply chain” and referring to the proposed changes in regulations as a “bombshell”.

There are still improvements to be made

Despite these positive steps to reducing animal suffering in England and Wales, there are still improvements to be made across the EU and the rest of the world. Join animal activists across the world on Ban Live Exports International Awareness Day, or if you are a European Citizen, urge European Commissioners to stop exports from EU to non-EU countries. If you just want to learn more about the issues associated with live animal exports, take a look at Compassion in World Farming’s reports on live transport. 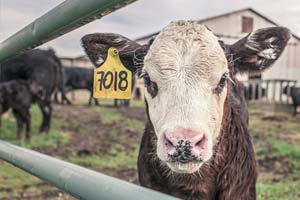 Ultimately, by reducing our intake of meat and any other animal products, we are reducing the demand for animal farming and live animal exports. By making the ethical choice wherever you feel comfortable, you are making a positive difference for farmed animal individuals.