Most wild sheep are hardy animals with coats of both hair and wool to keep them warm in cold environments. Many are equipped with large, curling horns on the side of their head, which rams use to challenge would-be rivals and display dominance.

Their horns are made of keratin, the same protein which makes up our hair and fingernails, rhinoceros horns, and the hooves of many animals. Should you ever get close enough, it is possible to count the rings on a sheep’s horns to estimate its age- much like counting tree rings. 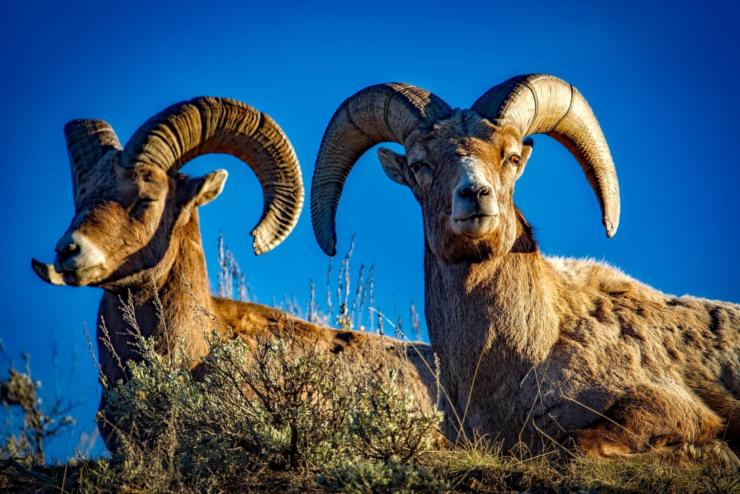 All sheep are even-toed ungulates, meaning their hooves are cloven or split into two toes. They share this characteristic with goats and cattle, as well as more exotic animals such as camels, antelopes, and giraffes.

Today, there are more than 10,000 different breeds of sheep, many of which have been selectively bred for their characteristics. For example, modern domestic sheep have been bred to have less hair and more wool in their fleeces, as well as being somewhat smaller and rounder than their leaner, more goat-like counterparts.

Many modern sheep have been bred to grow thick fleeces of wool.

Where do sheep live?

Sheep are naturally well-adapted to upland habitats and extreme climates, allowing them to thrive where other mammals may struggle to survive. Wild sheep are most often found across the Middle East, Asia, Central Europe and North America, where they inhabit steep mountainous areas. The sheep found here can live on very cold, dry mountains as high up as 1,200m- and some breeds such as Urials can live even higher up. 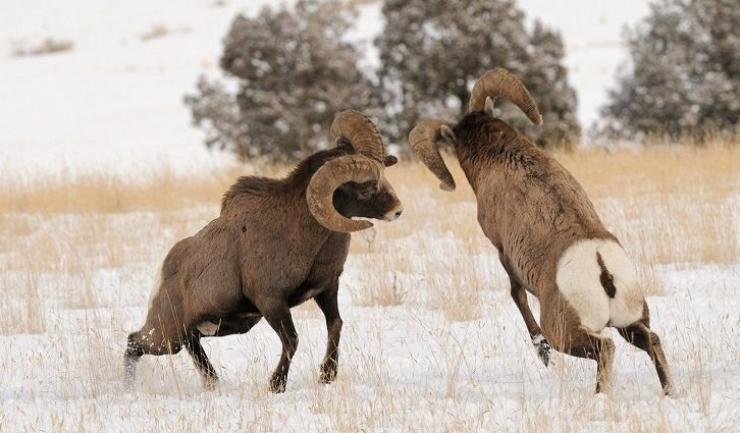 Sheep, both wild and domestic, are well-adapted to high elevations and extremes in weather.
Dogs may be man’s best friend, but it didn’t take humans long to discover that the flocking instincts of sheep made them relatively easy to herd and domesticate, and it is thought that sheep were the second animal to be domesticated, very soon after dogs. Since then, sheep have been farmed for their fleeces and meat, and can now be found in a range of environments all around the world.

What do sheep eat?

Sheep are ruminants, which means their stomachs have multiple chambers, just like those of cows, deer and gazelles. This allows them to effectively use nutrients in plants by fermenting the plant material before they digest it.

This is just as well since sheep are herbivores, and live solely on plants, grass and seeds. Most sheep prefer to eat soft and nutritious grass where it is available, but can survive well on coarse shrubs and bushes where they need to.

The average lifespan of a sheep is 10-12 years, although the age at which they cease to be ‘productive’ is around 5 years earlier, hence most domestic sheep are killed at around half of their potential lifespan. In the wild, sheep can struggle to survive due to predation, habitat destruction, and hunting, leading to many subspecies of wild sheep being classified as Endangered.

The mating season for most sheep is during the Autumn, a time when rams are highly competitive and can fight for hours for the opportunity to mate. Only those rams who successfully see off competitors are allowed to mate. Ewes are pregnant for 5 months before giving birth in the early Spring, and most of the time a wild ewe gives birth to just one lamb, although rarely she may successfully raise twins. Being natural prey animals, it is important that lambs are able to flee predators as soon as possible, and to this end they are able to walk very soon after being born. 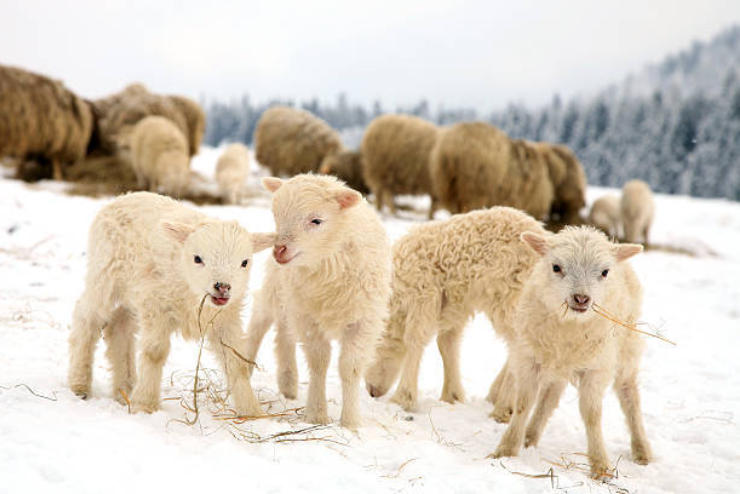 No matter the weather, lambs must be mobile soon after being born in order to have the best chances of survival.

After 5 to 6 months, lambs are weaned (although this can be significantly earlier in farming), and rams leave their mother in search of a new ‘bachelor herd’- a herd of rams who live together and struggle for dominance between themselves. Ewes stay with their mothers in ‘nursery herds’, where ewes and their female young live together for the rest of their lives.

Ram or ewe, all sheep have very strong flocking instincts, and this is one of their only means of protection from predators. This instinct is so strong that sheep become quickly distressed if separated from their flock, and have been known to follow members of their flock toward danger rather than risk isolation.

The fact that sheep are often seen to be following each other rather mindlessly has given them a reputation for being somewhat lacking in the intelligence department. However, this flocking instinct is a common and effective way for mammals to protect themselves against predators- after all, there’s a good reason we seek ‘safety in numbers’. 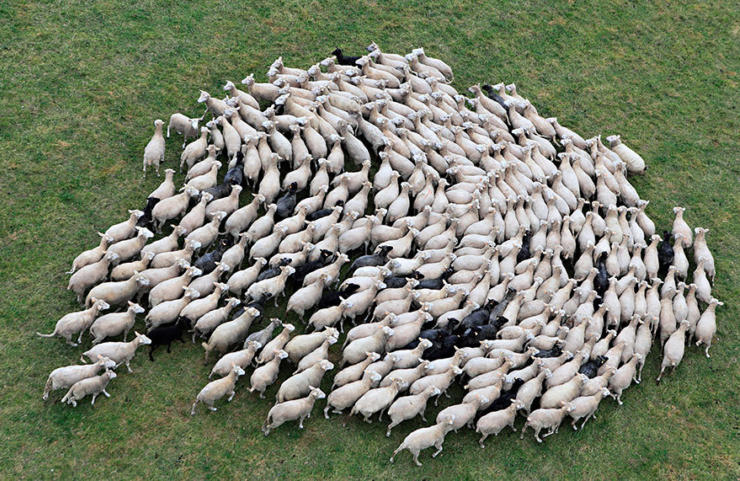 Sheep famously stick close to their flock, but with few defences against predators, is that really a bad idea? Image credit: Dariusz Paciorek

In a variety of tests, sheep have been found to be much more intelligent than previously thought, and are just as smart as many other mammals. One area where sheep excel is their ability to recognise faces. Not only can sheep recognise the bleats and faces of every member of a large herd, they can also remember the faces of around 50 humans for up to 2 years!

Sheep have also been shown to have excellent spatial awareness, and perform as well as primates in some space-based puzzles. As observed in primates and other mammals, sheep have been seen to seek out plants which will directly benefit them- for example willow bark, which contains natural pain-killing compounds.